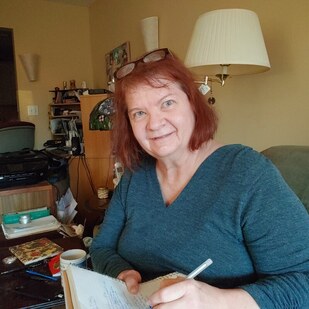 My greatest passion is seeding consciousness in the world. If there was only one thing I could tell you about consciousness, it would be this:  Consciousness is not of the human mind.  Every sentient thing from a single-celled organism to the most complex being and even the multiverse has some level of consciousness which has existed before, during, and after its current life.

In a small being it may be relatively basic and when we consider it in  more complex beings -- like humans -- then consciousness is vast and magnificent, eternally aflame.

When people awaken to their highest consciousness, their lives become exalted. They live in the flow of wonder and exuberant joy. It's a transcendent experience that lets them leap into the next greatest expression of themselves in the world.It allows us to live in a more connected, radiant version of reality ... and be a creator in and of that reality.

Consciousness becomes a playground that is more than knowing. It's reaching deep inside and connecting with your internal,eternal divine self and with Source, which is you. Wouldn't you like to live in a higher consciousness reality that you created? I can show you how.

I hold a Masters in Divinity as well as a Masters in Health Care Administration with a minor in Adult Education. I have trained and collaborated with shamans, visionaries and consciousness innovators the world over. I'm an author of both a non-fiction book called 'From Fear to Eternity' and a metaphysical fantasy novel called 'Beyond the Infinite Doorway'.

I love to collaborate with metaphysically savvy, consciousness creators to conceive and co-design the newest iteration of our evolutionary reality and explore the realms beyond the infinite doorway that take you to the multiverses and the omniverse that contains them all. We play in the moreness, looking beyond the obvious and asking 'What more could there be?' I do this by connecting with people on Zoom, in Facebook groups and on Instagram as well as at in person events around the world. As a metaphysical coach, I also help people, on a one to one basis, to activate their power as a consciousness creator and as Source in the quantum field of creation.

If you'd like to connect with me, either via social media or on a one to one basis as a metaphysical coach / author / consciousness innovator, here are ways to do that: